Experience that can only be experienced here !!
Akita's most popular attraction

Namahage-Daiko is a performance art unique to Oga. It combines taiko drumming with the distinctive movement and appearance of the Namahage of the region. While not part of the actual Namahage tradition, these shows have become quite popular in the region, where they have been performed for more than three decades. The sight of fearsome Namahage beating wildly on large drums is something to behold, and it is recommended for anyone visiting Oga. About half a dozen groups now perform Namahage-Daiko periodically, and a local high school even has its own Namahage-Daiko team.

The combination of masked deities and traditional drumming first emerged in the latter part of the 1970s, when it was conceived as a novel way of entertaining guests staying at the hotels and ryokan inns in the Oga Onsen hot-spring area. But beating on drums in full Namahage costume initially proved more difficult than expected, and it was not until the late 1980s, when the first Namahage-Daiko troupe was formed, that these shows really took off. The performances were long held mostly at hotels and ryokan inns, but a need eventually arose for a space that could accommodate regular shows for the general public.

The hot-spring settlement's current performance hall, Oga Onsen Community Hall Gofu, was built in 2007. In the same year, the venue's current Namahage-Daiko format, centered on a 30- to 40-minute show packed with primal energy, was established. It offers an opportunity for visitors to take photos with the Namahage, who walk through the crowd during the performance. Namahage-Daiko shows by the local Onga troupe take place at Oga Gofu from mid-April to late November.

To prevent the spread of new coronavirus infections 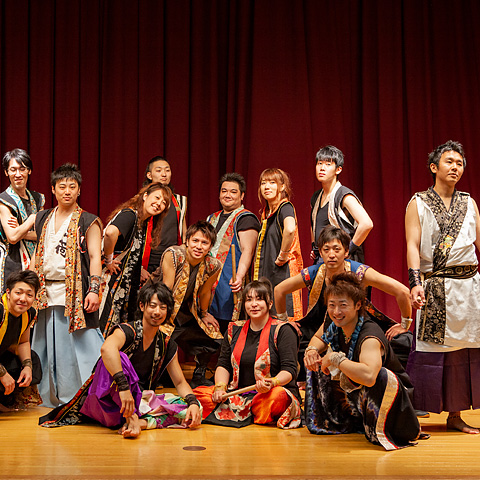 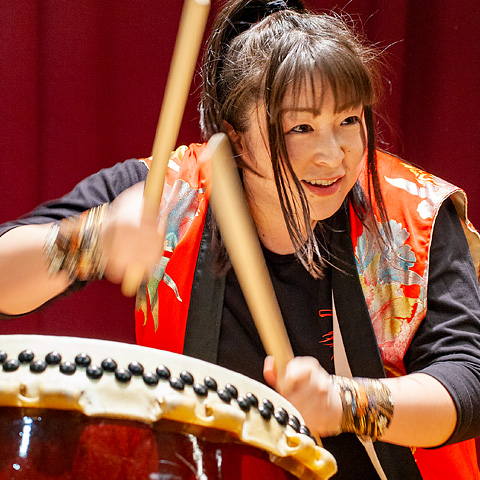 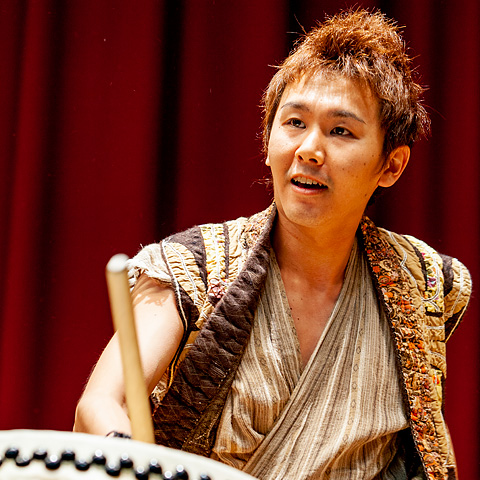 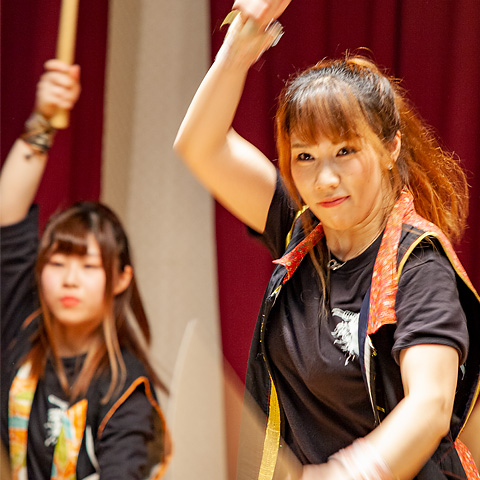 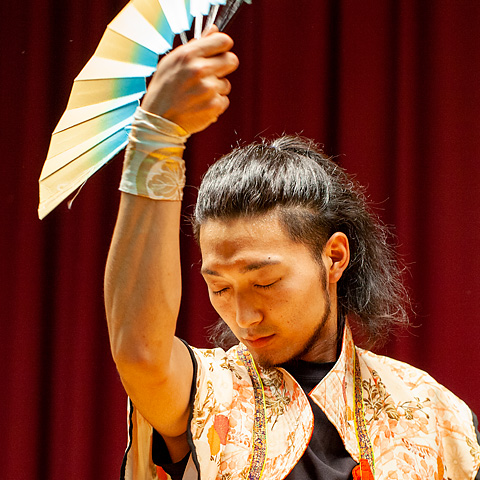 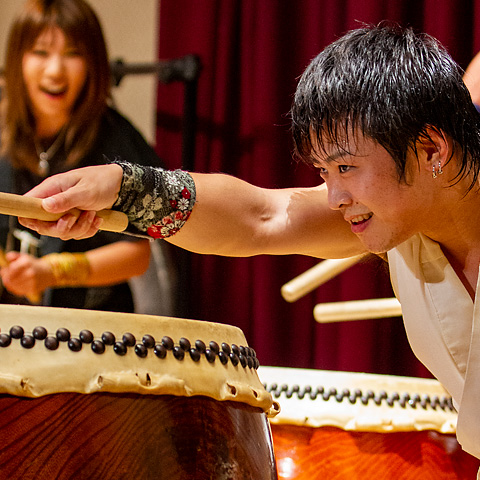 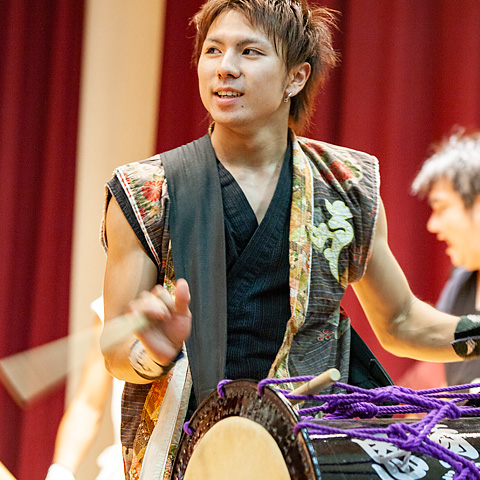 Based at the Oga Gofu event hall in Oga Onsen, the Onga troupe, which formed in 2001, is composed of young part-time local taiko drummers with a passion for their performances. The group emphasizes effort over professionalism, and usually turns down offers to participate in big-time shows outside Oga. Despite this, the routines maintain a very high quality, and the performers display remarkable endurance by pounding the drums and beating on a gong for up to 15 minutes without pause.

Onga's Namahage-Daiko shows usually start with "Shinzan," the troupe's signature piece, which features intimidating Namahage movement and intense drumming sequences. The performance is intended to give the audience a sense of being transported to the sacred, snow-covered mountains of Oga. 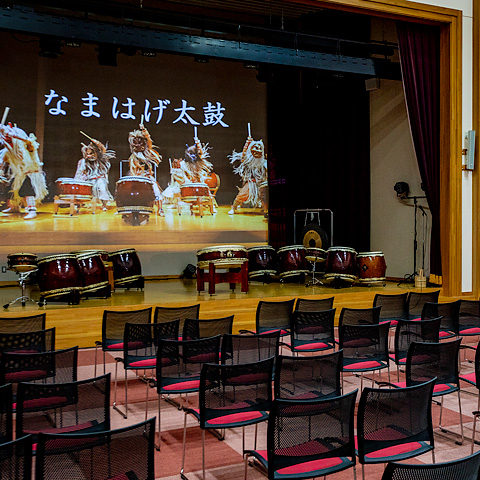 This English-language text was created by the Japan Tourism Agency.